Darren Halpin is a Professor of Political Science at the Australian National University. He was Chief Investigator on this project.

He researches and writes about organised interests in politics (interest groups, thinks tanks, corporations and lobbyists) and political representation, and the connections between the two.

His first book Groups, Democracy and Representation: Between Promise and Practice (2010, Manchester University Press), probed what we should expect groups to contribute to democratic representation. His follow up book The Organization of Political Interest Groups: Designing Advocacy (2014,Routledge), pioneers an organisational social science perspective on interest groups, spanning group formation through to the exercise of policy influence.

In early 2021, his new book, with Anthony J. Nownes, The New Entrepreneurial Advocacy: Silicon Valley Elites in American Politics, is out with Oxford University Press. It provides a deep dive into the political engagement of this important slice of corporate America. Find details here.

You can find out more about this book, all his previous work, and current projects on his website.

You can find also him on Twitter (@darren_halpin) and on LinkedIn 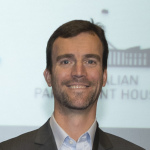 Bert Fraussen is an Assistant Professor at The Faculty of Governance and Global Affairs, University of Leiden (The Netherlands). He was Postdoctoral Fellow on this project.

His research and teaching focuses on lobbying and interest representation. He also examines the different ways in which interest groups and think tanks engage with policymakers in order to shape public policy. A key question here is how policymakers can ensure the inclusive and effective engagement of societal stakeholders in public governance.

He is Visiting Research Fellow at the Department of Political Science at the University of Antwerp. Dr Fraussen holds degrees in Global Management (Antwerp Management School), Public Administration (KU Leuven) and Political Science (University of Antwerp). From 2006 until 2008, he worked part-time as an assistant to a Member of the European Parliament.

You can find more about his work, publications and future projects on his website.

You can find him on Twitter (@BertFraussen) and on LinkedIn 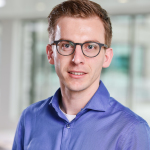 Several researchers worked with the core team on data collection, preparation, analysis and on some publications. The ability to draw on such a broad base of experience and expertise was invaluable in reaching project objectives.

Herschel F. Thomas III Assistant Professor of Political Science at the University of Texas at Arlington. His areas of specialization include public policy and American politics with an emphasis on agenda-setting, organized interests, and lobbying. His current research focuses on lobbyists who previously worked in government, the dynamics of issue attention by policy elites, and the strategies interest groups use to access political institutions.  Herschel’s work on interest groups also extends to organizations and their policy-related activity in the UK and Australia.

Timothy Graham is Senior Lecturer in Digital Media at the Queensland University of Technology. He worked with the project team on applying machine learning solutions to identify group prominence in mentions in Australian Parliamentary Hansard.  You can find out more about his work on his website.

Anthony J. Nownes is Professor of Political Science at the University of Tennessee, Knoxville. He worked with the project team on a survey item measuring the policy priorities of interest groups.  You can find out more about his work on his website.

Robert Ackland is Professor of Computational Social Sciences at the Australian National University. He is Director of the Virtual Observatory of Social Online Networks (VOSON). He worked with us on collecting Twitter data on the social media activities of our interest groups. You can find out more about his work on his website.